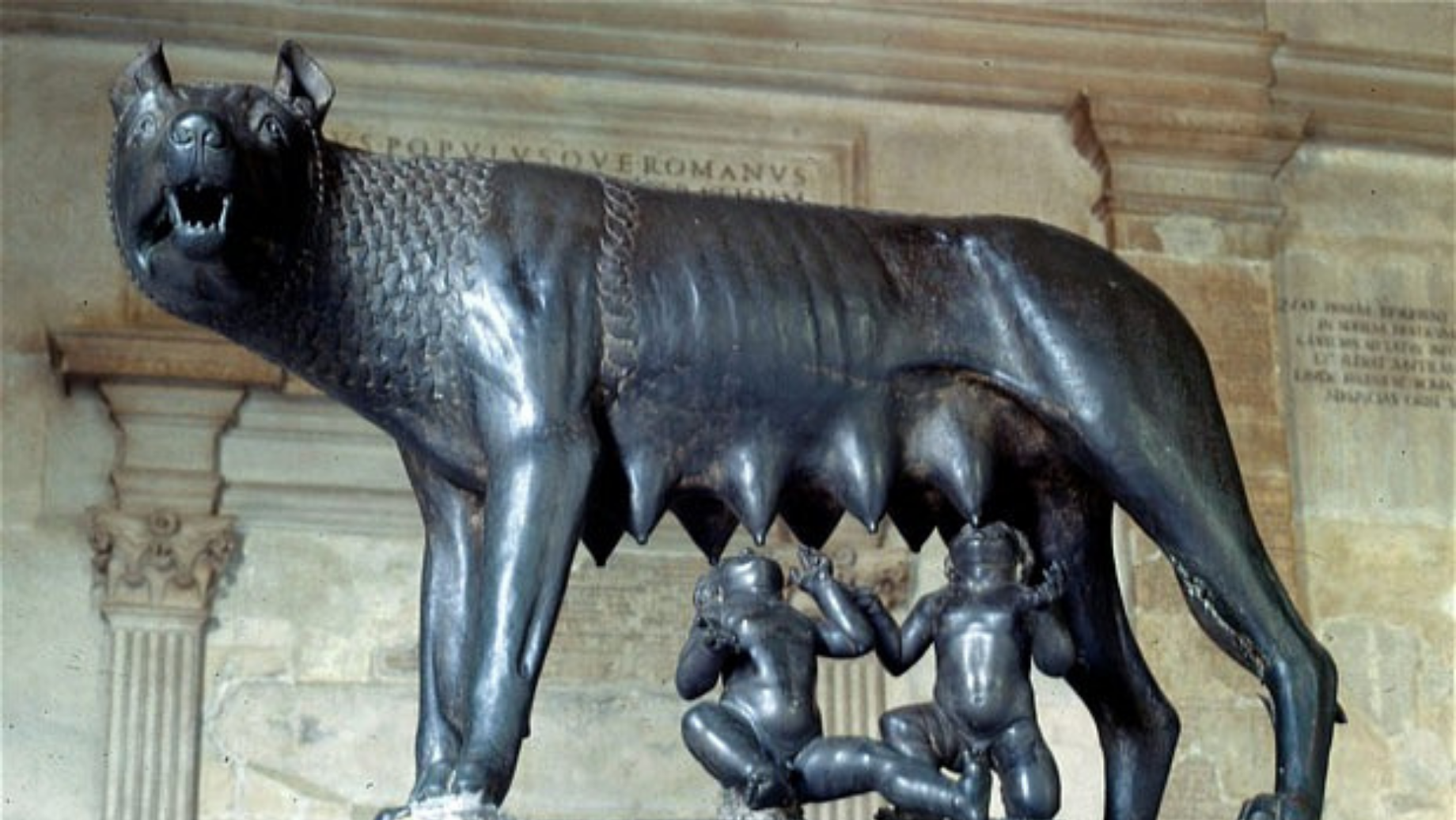 The logo of Club Roma is the famous Italian Story of Romulus and Remus and used by many Roma brands. You will see this symbol depicted throughout our club, the soccer league and our membership. There is a rich history behind it and it is shared among our culture universally:

Read the story below:

*written by an unknown source

This story is about the two boys Romulus and Remus who were kidnapped from their mother after their great uncle Prince Anmonilus vanished her to the temple of Mars and he also vanished his brother Neumatour the rightful king away.

When they were born Prince Ampolius got his servants to kidnap them  and drown them in the Title river, but they didn’t drown as the Prince wanted instead they floated until they rested on land were a mother wolfs instincts left her and her motherhood kicked in and she took the boys and raised them as her own.

As the months past Romulus and Remus got stronger and healthier as they slowly ventured further away from the cave. One day a Shepherd noticed the boys chasing and playing with each other and followed them to the cave were they live.

Not being able to have children of his own he took the boys from the house and raised them as human as if they were his own sons, but they never really lost their wolf like behaviours.

The twins grew stronger and handsome as they helped their new father in the pattocks, but when they weren’t doing that they chase after thieves and returns the stolen goods to the rightful owners.

The word of their good deeds spread until one day the stories reached their grandfather Neumatour who wanted to meet the boys, he had lived a long painful life for many years.

As soon as he saw them he was struck by the resemblance to his daughter and once they boys told him their story he relised that they were his grandsons.

He told them about their mother and how their great uncle, the king tried to kill them and that they should take the crown to their grandfather so that someday it could be theirs.

The boys devised a plan to take out their uncle in the night and then rescue their mother from the Temple of Mars and return her to the kingdom. They army from all the people that they have helped and they carried off the mission

With their cunning ways and brave hearts they were successful and returned the crown to their grandfather.

The city of Rome was born and Romulus became the new king and because of his cunning and bravery he became a God of War.

WE'D LOVE TO HEAR FROM YOU


To enquire further about Club Roma services, please fill out the form below.